The 2011-12 Boys Basketball season forever changed the Southfield Christian Basketball program.  The program was 2 years removed from the worst season in school history having gone 1-20.  Under 1st year Head Coach, Josh Baker and behind 3 senior All-State players in Chris Dewberry, Gavin Toma and Lindsey Hunter III, the Eagles won a school record 25 games.  The team captured the programs 1st conference title since 1985 and the 1st MHSAA district title since 1982.  They would go on to win the program’s 1st MHSAA regional title before defeating Climax-Scotts 76-44 in the final to give them the school’s 1st boys’ basketball state championship.  This team would win in record setting fashion, setting marks that still hold today.  As a team, they made the 5th most 3 pointers that season in state history with 245 and they hold the state record for most 3’s made during finals week with 32.  They hold the record for most points in the state quarterfinal for a class “D” school with 98 points in their win over Saginaw Michigan Lutheran Seminary and they tied Saginaw High for most 3’s made in the state final with 12 (since broken by Clarkston in 2018 with 13).  Chris Dewberry is tied for 2nd for most 3’s made in the state final with 6.  Dewberry set a school record for points in a season with 467 points (currently 4th) and he still holds the school record for 3 pointers made in a season with 97.  Fellow senior Gavin Toma would finish the season with the 2nd most points in a season, at the time, with 416 and 3 pointers in a season with 53.  Dewberry would go on to play at West Virginia Wesleyan University and Toma would play at Wayne State University. 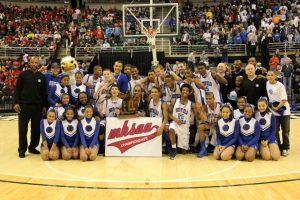 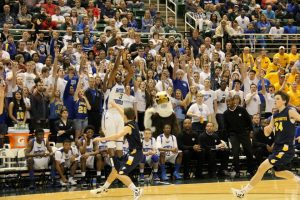 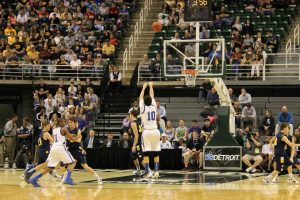 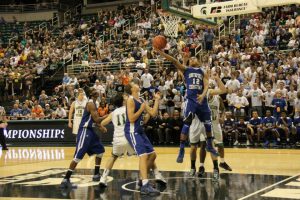 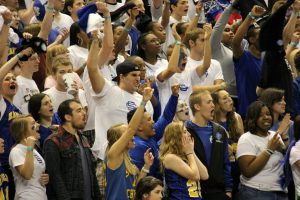