The young 2012-13 Boys Basketball team started the year 3-4 after graduating a number of all-state seniors the previous season.  However, after a rough start and coming off the Eagles only conference loss between 2011-2020, the team would go onto win their next 20 games and capture their 2nd straight MHSAA Boys Basketball State Title.  That team would record big wins over Orchard Lake St. Mary’s, Southfield High, Detroit Community, and an overtime thriller in the Regional Final over conference rival Inter-City Baptist, to avenge their early season loss before defeating Wyoming Tri-Unity Christian 65-46 in the State Final at the Breslin Center.  The Eagles were led by an All-State backcourt of Sophomore, Bakari Evelyn and Junior, Lindsey Hunter IV.  Evelyn, who earned Associated Press 1st All-State Honors, led the team with over 20 points per game while Hunter earned AP All-State Honorable Mention while averaging 15 points per game. 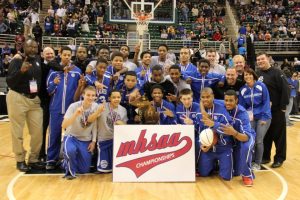 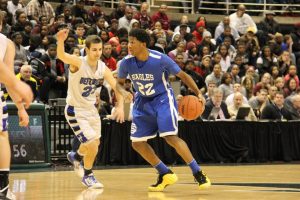 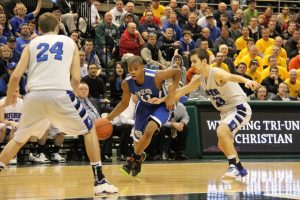 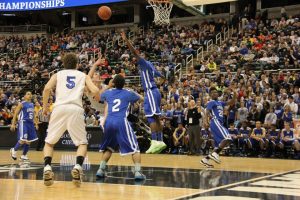