The 2013-14 boys basketball team went a school record 26-1 in route to the program’s 3rd straight MHSAA State Title.  The team had victories over Southfield High, Southfield-Lathrup, Walled Lake Western, Ann Arbor Pioneer and Detroit Community.  There lone loss of the year came early in the season to Saginaw Arthur Hill.  The Eagles would rebound from that loss to win their final 23 games of the season capping it off with an exciting state final where they defeated Adrian Lenawee Christian 63-61.  In the final Junior Bakari Evelyn led the way with 28 points while Senior Lindsey Hunter IV had 16 points.  Hunter and Evelyn were the 1st 2 players in boys basketball program history to eclipse the 1,000 point career mark that season and have since been joined on that list by Bryce Washington ’18, Marlo Brown ’16, Brock Washington ’17 and Da’Jion Humphrey ’20.  Hunter along with fellow Senior Demarco White earned All-State Honors while Sophomore Marlo Brown was All-State Honorable Mention.  The Eagles went a combine 74-7 during their 3-peat State Championship run from 2012-2014. 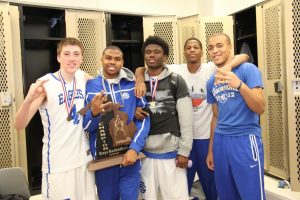 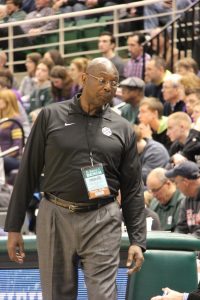 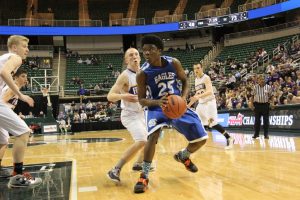 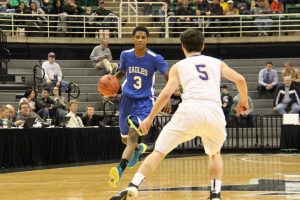 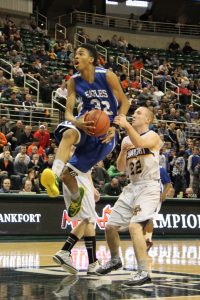 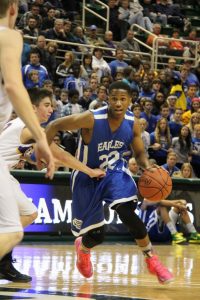 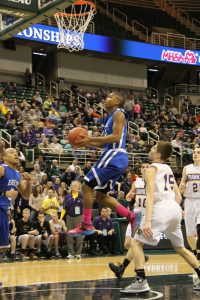 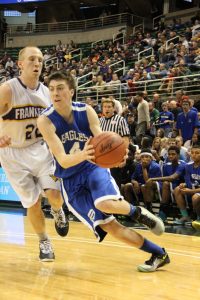