Senior Dubem Amene has committed to run track at the University of Michigan.  Amene recently won the Michigan Indoor Track State title running the 4th fastest indoor time in Michigan history in a personal best 48.59.  In 2019 Amene was a member of the Southfield Christian MHSAA State Runner-up team.  Amene was a big part of the team’s success winning the MHSAA 400 meter state title and he was apart of of the state runner-up 3200 meter and 1600 meter relay teams.  The 1600 meter relay team of Amene, Austin Little ’20, Eric Wagoner ’19 and Chris Davenport ’20 set a new school record of 3:28.91.  Amene also broke the school in the 800 meter by finishing 2nd at the Oakland Country Championship in a time of 1:55.95.  For his outstanding 2019 season Amene was named the Michigan Independent Athletic Conference Player of the year while leading Southfield Christian to the MIAC conference title.  Amene is a 2 time All MIAC selection and is a 4 time MHSAA All-State athlete.  He becomes the 4th runner in Southfield Christian history to run at the University of Michigan joining alum Porsha Ellis ’02, Blake Washington ’15 and his sister Chika Amene ’18. 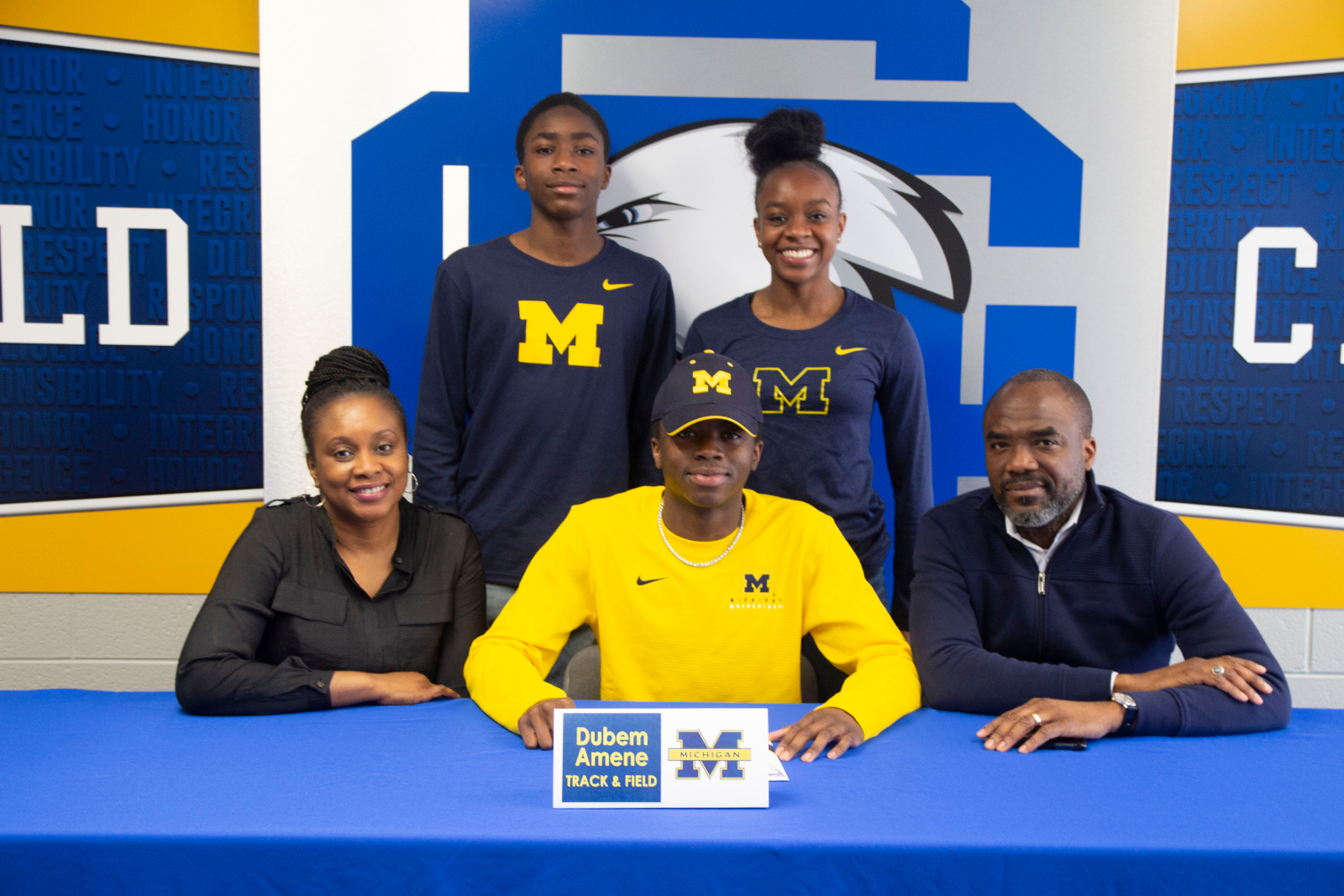