The boys basketball team defeated Frankfort 62-39 in the 2019 MHSAA Division IV State Championship game.  The Eagles were led by the 1st Team All-State backcourt of Junior Da’Jion Humphrey and Senior Jon Sanders who led the Eagles with 20 and 19 points respectively.  Junior All-State guard Noah Rheker also had 10 points.  The boys basketball program continued to solidify themselves as the top small school program in the state and one of the best programs regardless of size.  The 2019 team finished 21-6, winning 19 of their last 20 games to capture the school’s 5th boys basketball state title in the last 8 years.  The 2019 team statistically was the best defensive team the Eagles have put on the floor in school history with their aggressive defense that stymied opponents during the state tournament.  The team extended the program’s conference winning streak to 83 straight games.  The team also won the program’s 8th straight MIAC conference title, 8th straight MHSAA district title and have now won 20 or more games for 8 straight seasons.  During the Eagles amazing 8 year run the program is 181-30 overall and 97-1 in conference play.  They have won 6 MHSAA regional titles and played 11 games at Michigan State University for the state semifinals and finals. 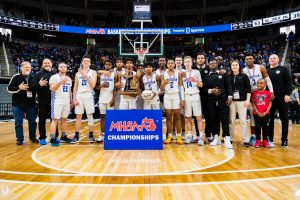 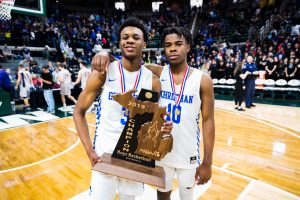 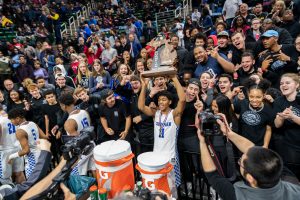 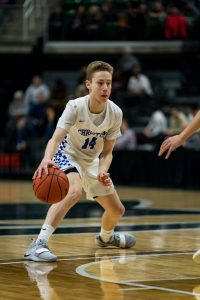 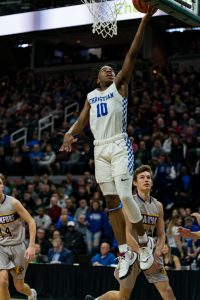 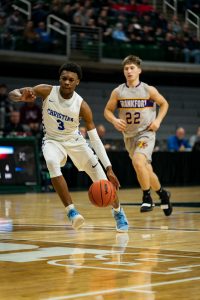