The Southfield Christian Athletic Department is pleased to introduce Brian Johnson as the next Head Varsity Baseball Coach of the Eagles.  Coach Johnson has a very extensive background in athletics. Growing up in Oakland, California he was a 3 sport athlete in high school playing football, basketball and baseball while being named the California Athlete of the Year.  He went on to Stanford University where he started at quarterback for the football team and was a part of 2 College World Series Championships with the baseball program.  In 1989, Coach Johnson was a 16th round draft pick by the New York Yankees.  The former catcher made his major league baseball debut in 1994 with the San Diego Padres and would play for 6 major league teams over 8 seasons including the Detroit Tigers, San Francisco Giants, Cincinnati Reds, Kansas City Royals and the LA Dodgers.  Since retiring from baseball Coach Johnson has served as a Scout for the San Francisco Giants and was a part of the organization during their World Series Championships in 2010, 2012 and 2014.  He currently serves as a consultant for The Kaleidoscope Group working with organizations in the areas of diversity and inclusion.  Coach Johnson’s wife Sarah is the Head Varsity Girls Basketball Coach at Southfield Christian and together they have 2 college age children who are alums of SCS.  Join us in welcoming Coach Johnson to the Eagle Baseball Program! 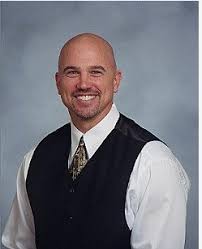