Maddie Kragt signed her National Letter of Intent today to continue her soccer career at Michigan State University.  Maddie played for the Michigan Jaguars FC and has attended training camp with the US National Team.  She was a 2018 MIHSSCA All State Goalkeeper for the Eagles and has earned a varsity letter in four different sports while at Southfield Christian.  Maddie played three years on the varsity basketball team and has been a state qualifier in both track and cross country.  She will be joining the Spartan soccer team to play for Coach Tom Saxton who has led the Michigan State Soccer program for 30 years.  Congratulations Maddie on your signing. 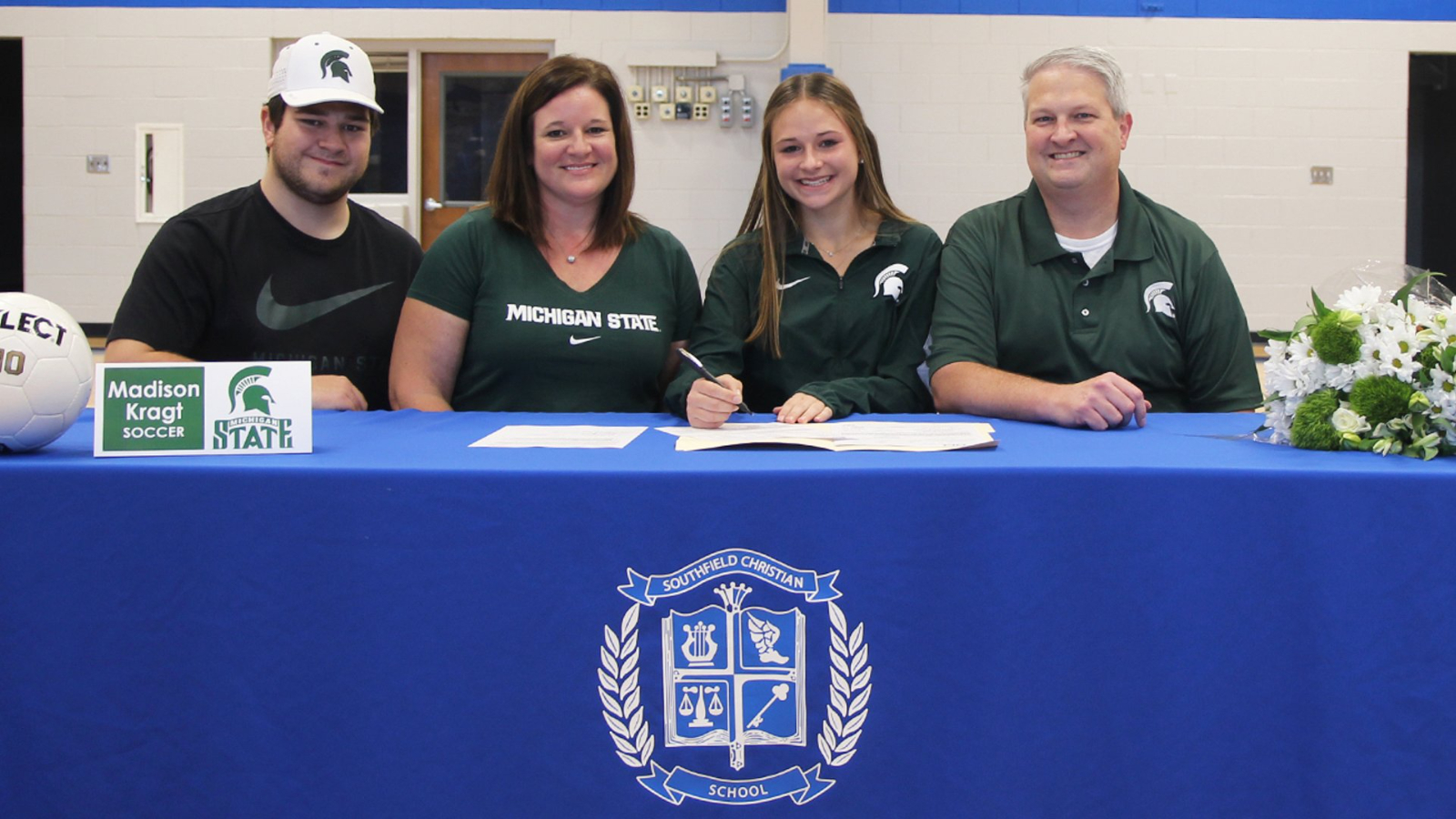