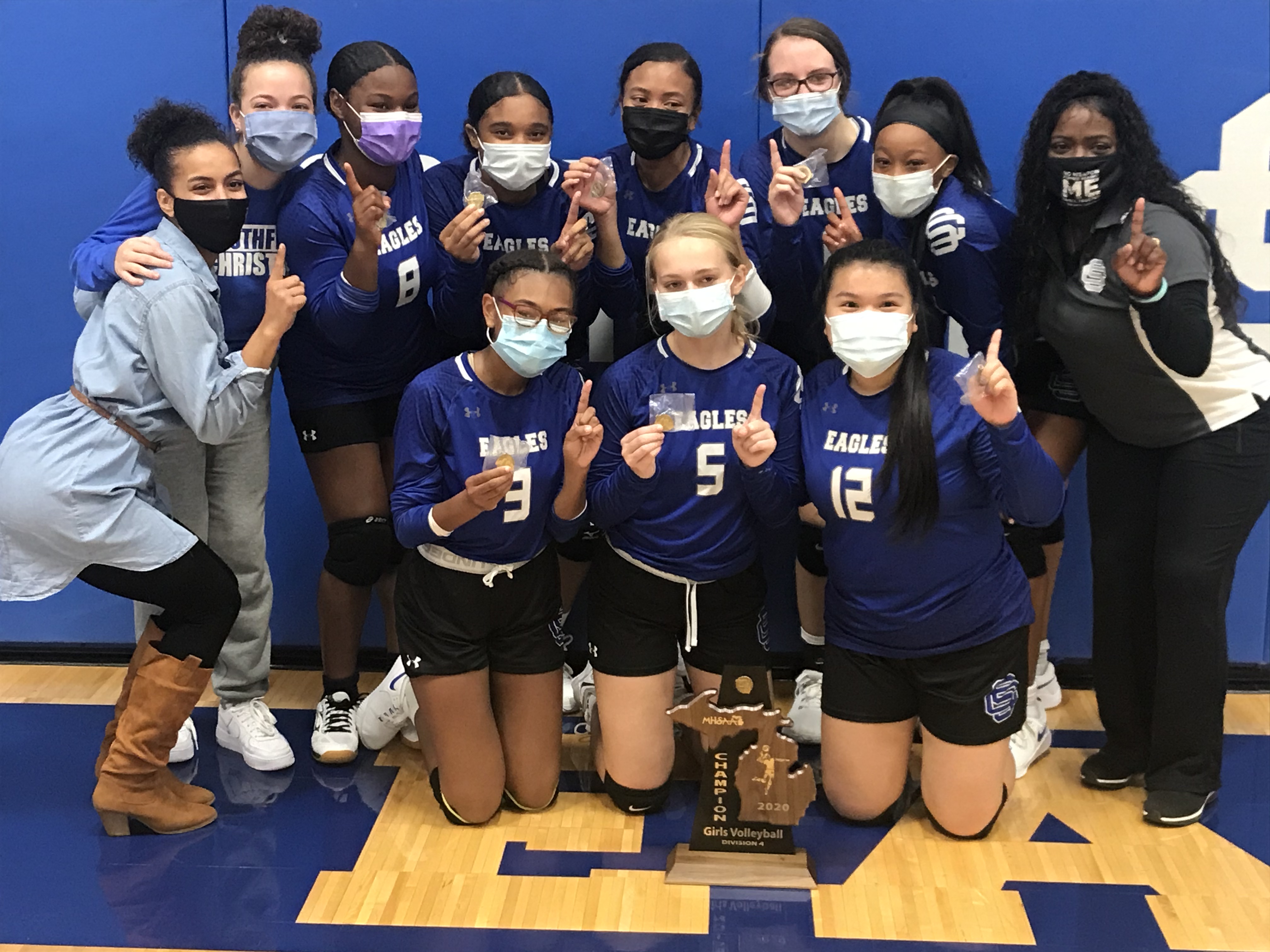 The girls volleyball team captured the program’s 6th straight MHSAA District Title in straight sets over Novi Christian at home tonight. The Eagles were led by Juliana Helisek with 19 kills and 9 digs while Kendyl Martin had 13 kills and 10 digs. Eden Stokes led the team in digs with 20 while Kayla Webber had 15 digs to go with her 7 kills. Carly Ervin chipped in 12 digs and Jade Miller had 11 digs and a team high 4 aces. The Eagles improve to 6-11 and will play Oakland Christian on Tuesday at Oakland Christian at 7:30 PM in the MHSAA Regional Semifinal.